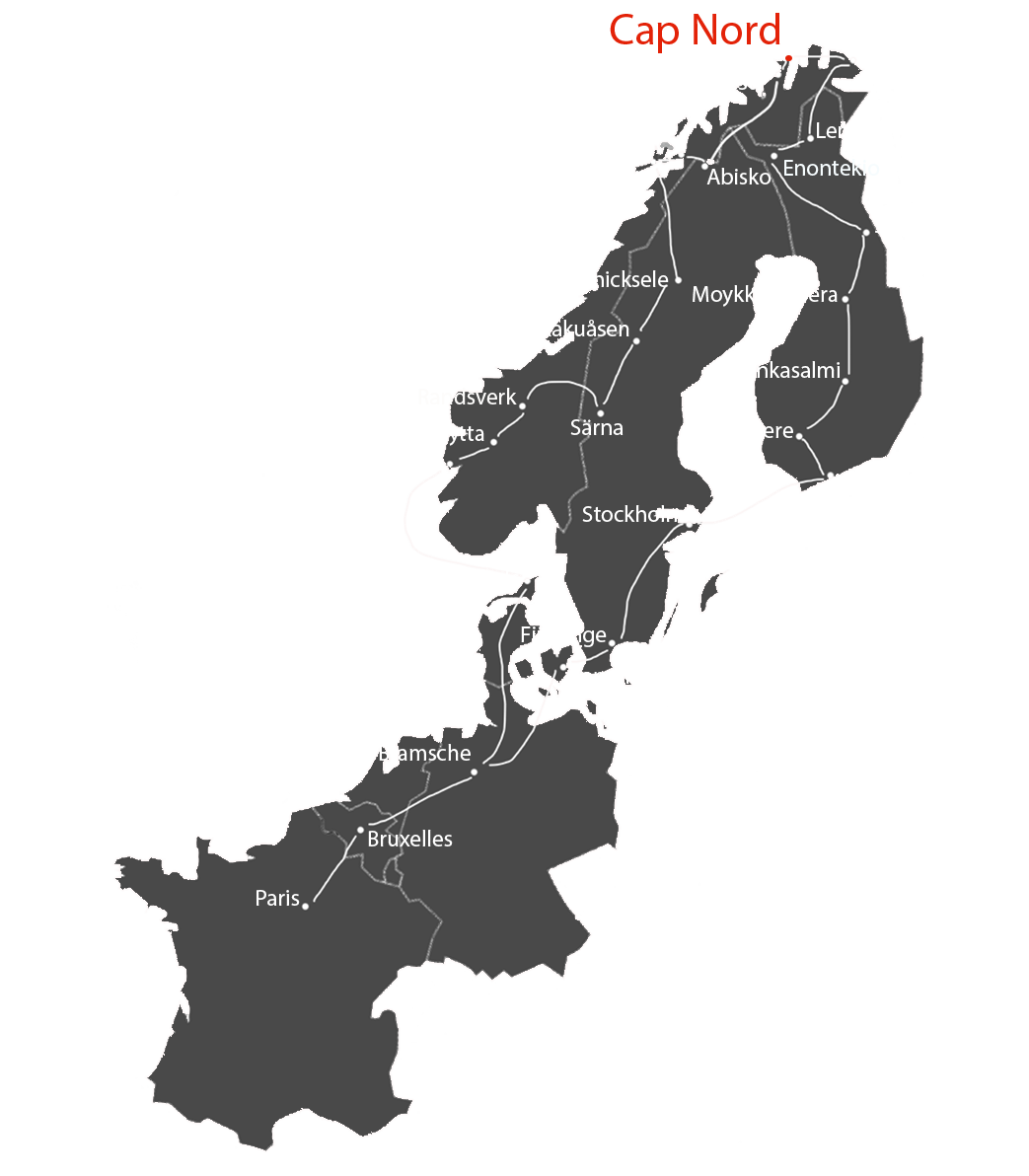 Arrival on the cliff at midnight

The convoy joined the gigantic globe of the North Cape

After a few meetings with reindeer, sheep, weasels, several species of birds and rare Norwegians browsing the few kilometers of tracks, it is the return to the charming little school. Everyone walks in the shower, in the sauna and sits at the table in front of Norwegian dishes bought at random. Daniel and Marie-France were hoping to eat a salty entree. But they started their meal with rice pudding. A nap because tonight is the arrival to the North Cape and departure with the ferry at 15:30 for a trip to be short but will last 2h40. As soon as you dock at Hammerfest, the participants rush to their car and drive to Cap Nord!

3 hours of road at first under the sun then under a fine rain and a very low sky. See you in Gjesvaer. Each crew prepares his mascot, his cameras, his camera, his bottle of champagne … And for two of them, the wedding dress and the costume.

A 40-kilometer convoy full of fire and camera in focus joined the gigantic globe of the North Cape, a privilege granted to the Raid for 30 years. It is a real outdoor disco that takes shape a few meters from a cliff 500 m high. 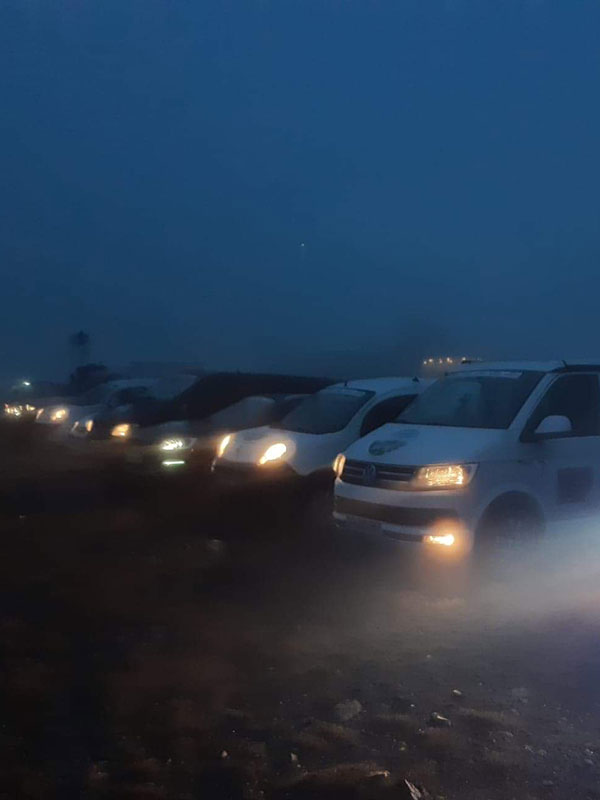 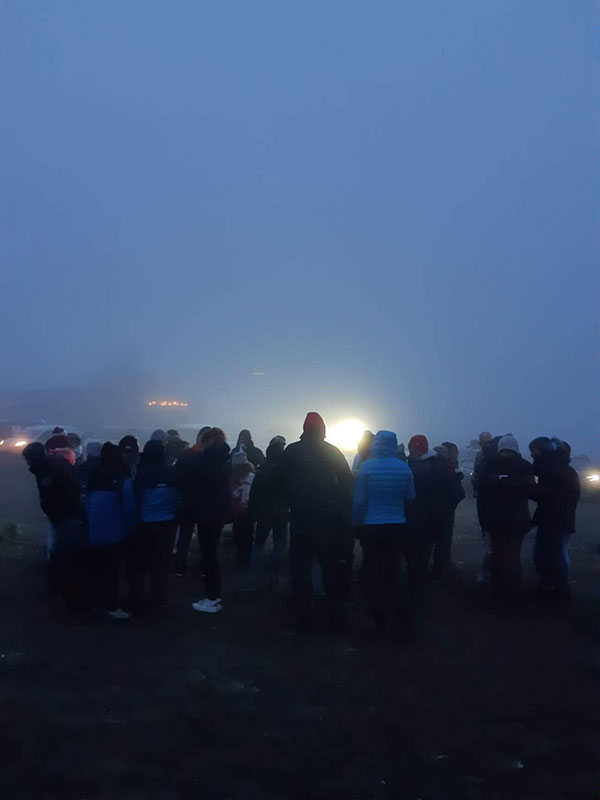 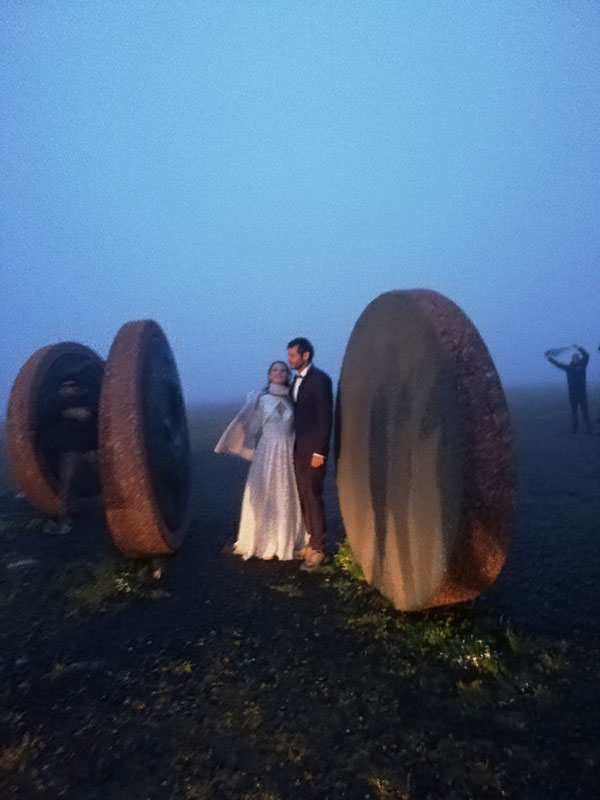 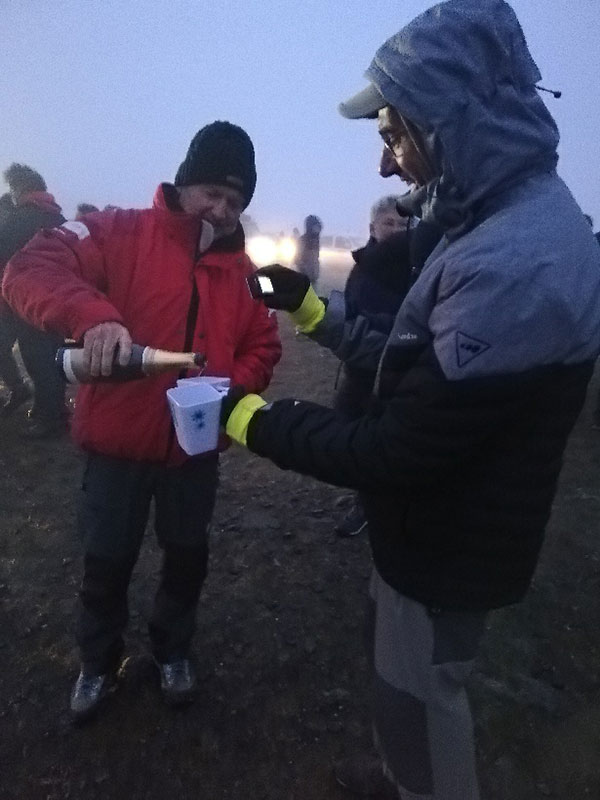